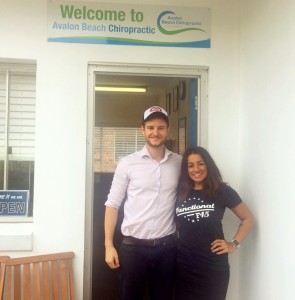 F45 is the revolutionary training system changing lives around the globe and it has become extremely popular as of late. Like cross-fit, it tends to gather a tribe of followers and its exercise class attendees often become obsessive about their work outs.

The premise of F45 is a series of functional exercises performed at high intensity intervals, constantly varied in a group class. The classes encourage a team training environment where clients can achieve maximum results. Varying the exercises forces the body to constantly adapt and prevents the body becoming used to a particular type of exercise and not pushing the body as hard as it could be.

The beauty of F45 from a chiropractors’ perspective is that it encourages full body movement through all the joints and a fully functional range of motion. Overhead movements and deep squats move our shoulders and hips through a wide range that the average white collar professional never sees during their work day. These varied movements are encouraged through the use of kettle bells, resistance bands, exercise ropes, pull-up bars, sand bags and a variety of other equipment not seen in conventional gyms.

You have probably seen those guys at your typical globo-gym that are lifting heavy weights and doing bicep curls. They no doubt have great looking biceps but some still have a sizeable stomach hanging over their gym pants. Rarely do they get their heart rate up, let alone train their metabolism.

The premise of HIIT (high intensity interval training) is to push yourself as hard as you can for a short period of time (even just 15 minutes). This shocks your insulin receptors, which trains your body to be more effective at burning energy.

Long gone are the days of calorie counting and chronic cardio exercise, spending hours on the treadmill while your knees and hips slowly degenerate.

Recent studies compared two groups over a two week period. One group did 90 to 120 minutes of constant moderate exercise while the other group did between 4 and 6 thirty second intensive bursts of cycling. After the two weeks it was found that the fitness improvements and muscle changes were the same however the second group had only done 2.5 hours of exercise versus the other group’s 10.5 hours.

Losing weight has an obvious benefit on our joints as there is considerably less gravitational loading when we are at a healthier composition. In other words, there is less overall load on your joints when you carry less body weight.

There is no doubt that some of the work-outs are extremely intense but the beauty of F45 is the team training environment. This environment helps push people through the barriers they have not previously reached, both physically and mentally.

All encompassing, I believe that functional training is great for all ages. Some people think that high intensity exercise can cause injuries. However this is usually only the case when people “get ahead of themselves” and try using heavier weights (such is the case with the “recommended weight” in cross fit) in order to keep up with others. My biggest piece of advice is to listen to your trainers and your body, start small and build up the weights as your body gets used to performing functionally again.

We find that many chiropractic patients have not got the healthy range of motion that they require and often their problem has been building for some time before presenting to us. Once we have patients “back on track” then we suggest that they need to build up their range of motion again. F45 gives them that opportunity in a controlled manner, whilst increasing their postural strength and reducing the body fat to achieve best composition.

We are really excited about the new F45 opening across the road from our clinic on April 16th, and what’s more it even has a LIVE DJ playing Saturdays.