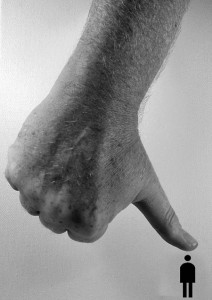 Often patients will come to chiropractors with a preconceived idea of what we do. Chiropractic training is a 5 year degree which in most states is a masters degree during the final 2 years. This includes intensive scientific study in anatomy, physiology, biochemistry, body physics, differential diagnosis, chiropractic technique, treatment modalities and radiology among many others.

Chiropractic has traditionally treated the spine and nervous system as the original philosophy was that removing interference on the nervous system allowed the body to function and heal itself better. While evidence tells us that a healthy nervous system has profound benefits and this can certainly be beneficial, this is not the modern day philosophy of chiropractic.

Chiropractic is concerned with treating the individual and looking at the whole function of the body . If the body has an imbalanced spine or muscular function pattern then these imbalances (such as poor posture and a forward head translation) can translate to other aches and pains (such as sore shoulder muscles or a sore low back due to the translation of pressure being spread to other parts of the body).

Further to this, a chiropractor is taught many of the techniques a physiotherapist or osteopath has been taught (for example ultrasound, traction, massage techniques, TENS and rehabilitation) however a chiropractor based on his or her preference and the tools they have available amongst the best available evidence will often find a technique and specialize. This does not mean that a chiropractor can not treat a sprained ankle, it simply means that some chiropractors will not advertise their practice for treating sprained ankles as they have formed a niche around a technique for back pain that they probably treat very well!

When it comes to your body, you’re the boss and patient preference is key when returning you to good health.